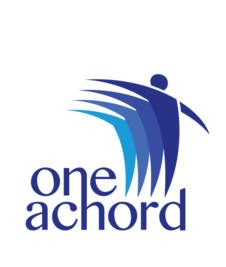 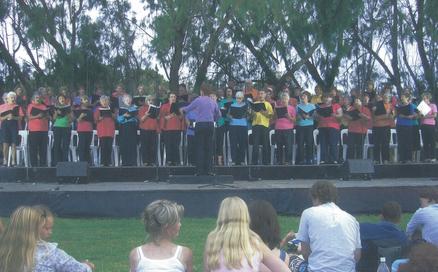 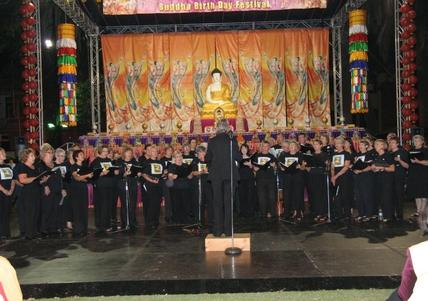 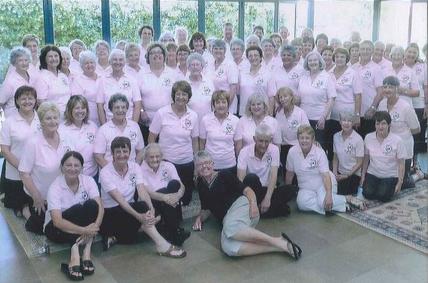 The One Achord Choir (formerly Sing from the Heart Choir) was established in Victoria Park in 1997 by Fiona Mitchell (De Rooij) and Martin Meader. The aim of the directors was to welcome all people who wished to sing, just for the pleasure of it, without necessarily being able to read music or passing an audition. There was an overwhelming response and the choir rapidly grew, at one stage numbering over 100 members, with branches in Rockingham, Fremantle and Applecross.

It was called upon to sing at many large scale events: Carols by Candlelight, the Perth International Arts Festival, the Anzac Day and Heart Foundation Memorial Services and many more. After Martin Meader’s departure to America in 2006, Fiona Mitchell became sole Director of the Sing from the Heart Choirs. She not only directed, but also arranged a lot of the music, composed and sang solo parts at performances. The Choir also made a number of CDs under Fiona’s directorship.

When Fiona suddenly and unexpectedly passed away in December 2009 the choir members, rallied together to perform at her very moving Memorial Service. Since then, the choir has undergone a number of changes including a name change to the One Achord Choir and performs regularly under our new Director, Gillian Parker. However, the spirit of the original choir lives on and we welcome all keen vocalists in and around Perth who wish to join the One Achord Choir and experience the joy and satisfaction of singing a range of music from classical to modern and everything in between!